It’s not inside, it’s onnnnnnn top!

If you are South African, you might have grown up watching a TV advert for non-dairy creamer called Cremora. Husband is preparing his coffee and searches the whole fridge, only to shout out to Wife “Anne, there’s no Cremora in the refrigerator!” and she calls back: “It’s not inside, it’s on top!” Many people in South Africa has at some point said “It’s not inside, it’s onnnnn top!” – it’s such a handy phrase. And Cremora is a very handy ingredient. In the days before long-life milk, people took Cremora on hikes and holidays instead of fresh milk. Later it just became a nice add-in to make your coffee creamy and extra tasty. But I have spent the last decade ignoring recipes for Cremora Tart which I have seen many times in magazines and on social media. To my disadvantage, unfortunately!

Made in the USA

About a year ago I started following a social media account called Emmymade on Facebook. The American creator, Emmy Cho, makes videos about things food-related. The first video I watched was her trying 40-year old military ration packs. Emmy has a fantastic style and tastes everything she makes. She likes trying out food and recipes from other parts of the world. I am amazed by how brave she is! She has tried out stinky Noni fruit, weird concoctions like Cotton Candy Mac & Cheese and delicacies like Mopane worms! I am a bit embarrassed that it took Emmy trying out our own South African Cremora Tart to open my eyes to this recipe! But I am glad I tried it and I will never pull my nose up to it again! 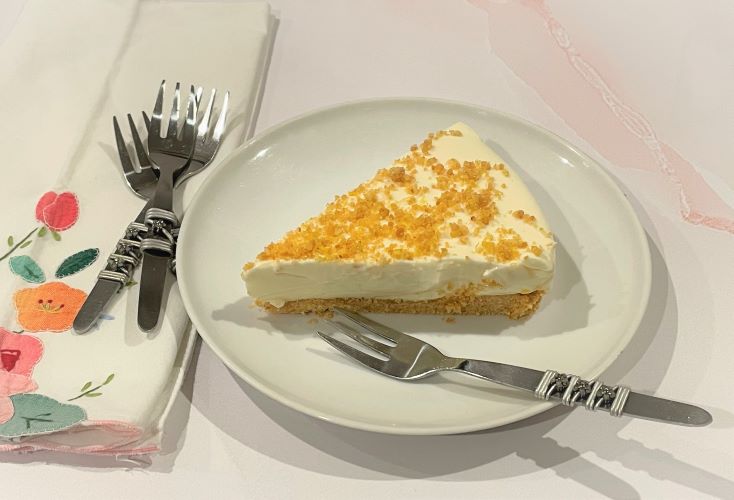 Emmy’s video of how you make Cremora Tart is definitely worth the watch. And the Cremora Tart is delicious to eat! It is an old fashioned fridge tart type dessert. But as you know from my Retro Custard recipe, I am not scared of old fashioned food! The best part is that you can make it with pantry staples (if Cremora is something you keep in the pantry). And it is quick to make and almost impossible to flop. If you have a whisk and a fridge you can make this very attractive looking and delicious tasting tart! Cremora Tart doesn’t actually taste like Cremora, but very nearly like cheesecake. What’s not to like? Time to start buying some Cremora! And just to be clear… if you’re looking in the fridge:  it’s not inside, it’s on top! 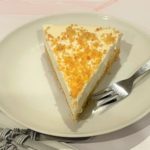