I really think there are times when only soup can properly fix things. If it rains for days in summer – soup. If it’s freezing cold in winter – soup. Upset stomach – soup. Late-night hunger – soup. End-of-the-month budget problems – soup. For me, soup is even the fix when I have overindulged for days on end and I have to get back to healthy eating. How does that work? My Green Veggie Soup. I have mentioned in my Eggplant Parmigiana post that low carb vegetables are the way to go. Those dark green, leafy veggies that you can eat in large quantities is definitely the answer after overindulging for a while. But yes, they are vegetables. Not that exciting and very plain looking after delicious creamy sauces or fried dishes have been on the menu.

Necessity is the mother of invention – Plato

Out of desperation I once grabbed a pile of free veggies out of my fridge and dumped them in a pot with some stock. It looked dubious, smelled very “vegetarian” and seemed too thin without the added starchiness of potatoes, butternut or carrots. After some cooking, I waded in with a stick blender and whizzed it all up to a surprisingly smooth and thick consistency. Next was the taste test. And I was bowled over. This stuff was delicious! Could this be made up of free veggies only? It was indeed and my healthy Green Veggie Soup was born.

So how do these free veggies morph into a delicious creamy-tasting soup without adding any starch or carbs? The answer is cauliflower. The four free veggies I initially dumped into my soup pot was green beans, a punnet of sliced mushrooms, about six large baby marrows (zucchini) and a head of cauliflower. And it makes sense if you look at all the low carb recipes online for cauliflower pizza base or cauliflower rice. I have even made mock Macaroni & Cheese with cauliflower instead of macaroni. The cauliflower creates a creamy base for the soup and with the other veggies contributing flavour and substance, this soup is indeed a winner, especially when the dietitian appointment is looming on the horizon! 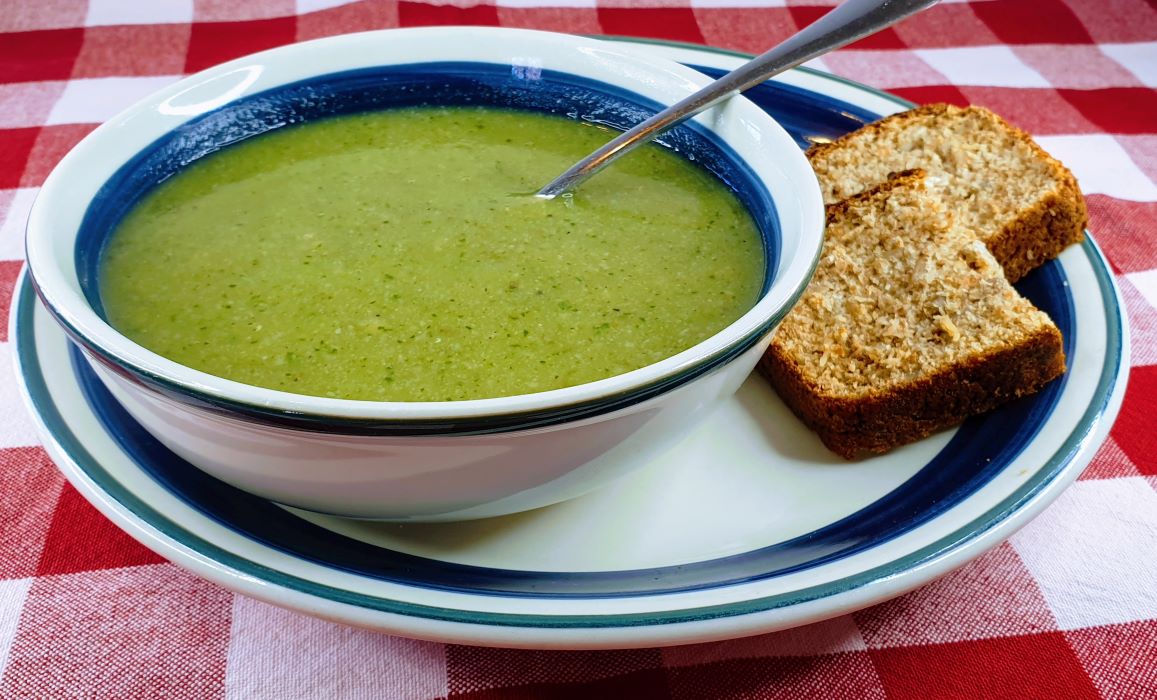 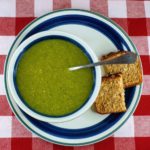